“I went to Turkey with a delegation to create Pittsburgh’s first sister city in a Muslim nation. One week before we arrived there was a terrorist attack in the town killing women and children. When we arrived there were over 1,000 people there. Pittsburgh had a prominent role in sending a message of peace throughout the world. When I got back on the bus I started to cry.”

In 2005 I was a first term councilman and I ran for mayor of Pittsburgh. Most people thought I was going to not only lose the mayor’s race handily, but also lose my council seat in the process. As it turned out, I won my council seat overwhelmingly and ended up second on the ballot with about 25% of the vote. At that point it seemed my political career was on a positive trajectory. About nine months later, Mayor Bob O’Connor passed and the political world turned upside down. Everything that I had done and worked on seemed to have negatives brought to it. I went into a campaign for mayor and ended having to withdraw not only from the race, but potentially from politics completely. In 2008, I had to make a decision: “2009 election’s coming up. Do I run again for one more term on council? Do I take a chance and run for mayor? Or do I run away from politics altogether?” I had no idea which path I was going to take.

It was impossible to win the mayoral election. The numbers were so overwhelmingly against me that there was not a chance. I didn’t want to waste people’s time and money, going through a futile effort that I knew would only set back everything that we had worked on prior.

So, in 2008, I received an opportunity to go on an interfaith mission in Turkey to work on dialogue between Christians, Muslims, and Jews. I felt it was important to go away and see another country. And I wasn’t really expecting much more than that. At home I was mired in a conflict over a billboard in downtown Pittsburgh on parking garage that kept me up at night. I was being sued by an advertising agency for $2 million personally because I was involved in it. I had friends who wouldn’t speak out against it and couldn’t understand why. I didn’t know where my career was going and I didn’t like where I was.

Throughout that week in Turkey we traveled to different areas of the country. We had dinner every night with a different host family. I had never been to that part of the world. It allowed me to open up a little bit more. It began to start the breaking of the log jam in my brain of all the things that were holding me back, understanding that there’s so much more. At the end of the trip we stopped near Ephesus and visited what is believed to be the home of the Virgin Mary. I was raised Roman Catholic. On Assumption Thursday, you would always pray.

I got a cell phone when I was there and called my mom. I said, “Hey Mom, you know how you told me about how Mary went to heaven? I’m standing here. I am standing at that very spot. I’m holding a tree right now and breaking a branch of the tree off and I’m going to bring it home.” That tree branch is still in my mom’s living room. It hasn’t moved since the day I brought it back. At that same site there’s a fountain that you can drink from, and I cried. I thought, “Wow, the biggest problem in my life is a billboard in downtown Pittsburgh.” It put everything in perspective. I decided I’d run for city council. I won that election, and four years later I was elected Mayor.

It changed my perspective on how little my problems were and how big I was making them, and how big the world is by comparison. I was able to concentrate on things that were important. Those next four years of council were the most productive four years of my entire career. I passed the prevailing wage to assure that the lowest paid workers were not harmed with economic development. I passed the first Clean Air Act since David Lawrence’s Clean Air Act in the 1950’s. I passed the first Clean Water Act in the city’s history. Passed campaign finance reform and ethics reform. I just concentrated on what it was I could do and didn’t worry about what else was out there and I was able to have the best four years of my career on council.

In 2012 I went back to Turkey, but this time I was brought a delegation including Congressman Mike Doyle, Reverend Grayson, and a group of others. We went on a mission to create the first sister city in a pro-Muslim nation, in Gaziantep. One week before we were to arrive there was a terrorist attack in the town killing women and children. A bomb was set off outside of a bus stop. The State Department advised us not to go. We were told that we should just to go Ankara, and do the sister city process there.

We had a group vote and we all voted to go. When we landed we were met with a police caravan – heavy protection. That night we met with the mayor of Gaziantep, and he asked if we would have interest in going to the site where the people died. Again, we had a group vote, and everyone voted yes.

When we arrived there were over 1,000 people there. Spontaneously, as we were laying flowers, Reverend Grayson got down on his knee and began to pray. He prayed for all the victims. If you know Reverend Grayson you know that he lost his own son to violence. A photograph of that moment was on the front page of Muslim papers throughout the world with the headline, “Americans Come to Pray for Peace.” That connection to Turkey continued. Pittsburgh had a prominent role in not just creating a sister city, but sending a message of peace throughout the world. When I got back on the bus I started to cry.

Then last summer, there was Dallas, Baton Rouge, Minneapolis, and some really harsh meetings with police and community. I began to think that this city could be broken with one incident, and all the work that we’d been doing between our police bureau and the community could just fall apart. There was a gathering that happened at Freedom Corner. Ministers from the Hill gathered together with the command staff with the police. The last part of the program was where everyone would sing a song together, and a minister said, “we’re not going to do that.” Instead, they laid their hands on the command staff and everybody prayed for the police officers. While the rest of the country was dividing, that moment in Pittsburgh, they came together. Nobody was expecting it. It just happened through the process of that one event. And I looked at one of the commanders, a former military man, and you could see the tear running down his eye. 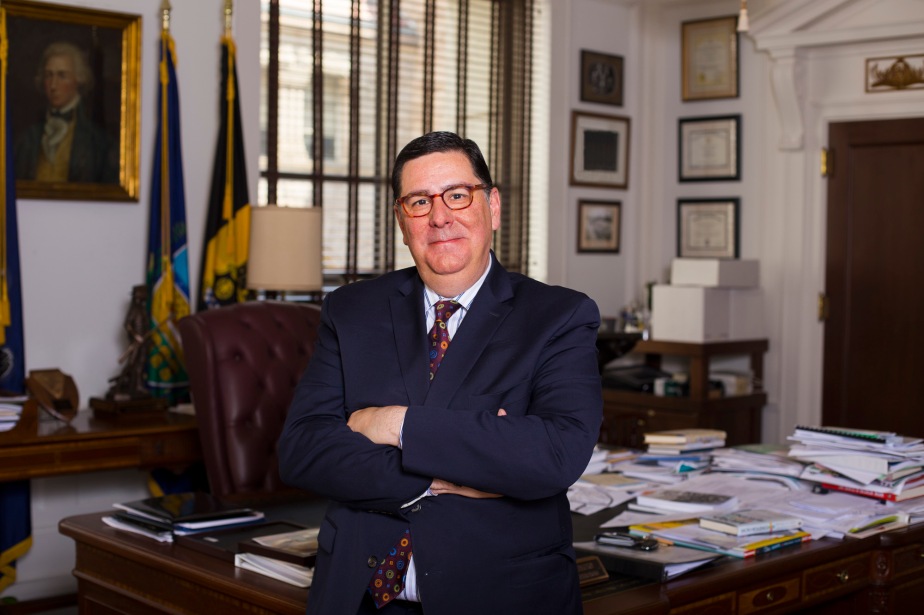